Zusto is an ideal sugar alternative for diabetics as it has a low glycemic index of 22 and is made from Naturally derived substances which naturally lower blood sugar levels.

Zusto can be substituted on a 1:1 weight basis which means the original texture and structure of recipes does not alter.  Zusto has 75% less calories than normal sugar and there is no aftertaste sensation. Zusto can be used across all applications including drinks, cakes, desserts, ice creams. Zusto is soluble and caramelizes brilliantly.

“Zusto is amazing. I was diagnosed with type 2 diabetes in February 2019 and just by cutting out sugar and using Zusto instead I am now in remission. It tastes just as sweet as sugar”

“The best sugar substitute available, no nasty aftertaste. Perfect for making desserts and cakes for diabetics”

Zusto is a unique and innovative sugar substitute which is made from naturally derived substances, namely dietary fibres of corn and chicory. These fibres deliver the sweet taste and structure of traditional sugar.

Zusto can replace sugar on a 1 to 1 weight basis, so this means that the structure, texture and taste of the original product does not alter. Also, it does not have an after taste sensation.

Zusto is ideal for diabetic patients as it has a low glycaemic index of 22. The fibres in Zusto naturally lower blood sugar levels.

The corn and chicory fibres in Zusto have an additional prebiotic effect on the human intestinal flora. This can lead to a healthier digestive system.

Having diabetes shouldn’t mean you have to cut the foods you love out of your diet entirely, in fact, when using a sugar substitute such as Zùsto, sweet treats can be enjoyed again as part of a balanced diet. 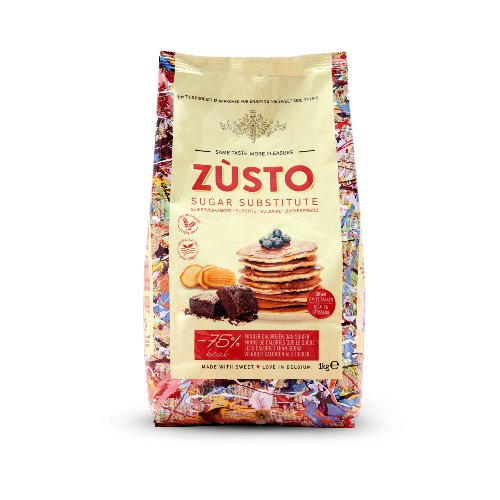 WHAT OTHERS ARE SAYING..

Zùsto has become the sugar replacement of choice for domestic and commercial users, with applications ranging from a diabetic friendly sweetener for tea and coffee to a suitable replacement for sugar in baking, cakes and other desserts. Take a look at some of the reviews we’ve received from our satisfied customers.

Started using Zusto about 6 months ago ..my latest blood test shows a reversal of my pre-diabetes. thanks to this product.

Great product: family could not believe cakes made with Zústo were reduced sugar.

Amazing product, amazing price and arrived much quicker than expected, thank you for a great product.

Zùsto is a product that’s perfectly suited to diabetics, allowing them to carry on leading a healthy lifestyle whilst still enjoying the foods they love. Properties that make Zùsto a leading sugar replacement are:

"We have 2 exciting new products available today for our diabetic customers 😱🙌 Our friends @zustouk sent us some of their lovely no sugar, sugar to try. So we have a flourless chocolate cake which is completely sugar free using zùsto sugar instead and a reduced sugar vegan chocolate & hazelnut brownie." 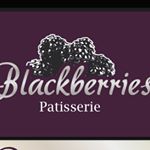 "The sugar substitute really is amazing and delicious to taste. I thought it would have an after taste like Stevia but it's great. Will be purchasing more in the future". 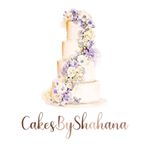 "I have finally had a chance to use your sample today, and I am incredibly impressed! I made a gluten free and dairy free cherry bakewell traybake (as I specialise in Free From cakes).

The batter was exactly the same consistency as usual, it baked in the same amount of time, and upon a taste test it was delicious and sweet. I wouldn't have known the difference! I use sugar syrups on my cakes to keep them moist, at first I was apprehensive I would be able to use Zùsto for a sugar syrup because of the way it reacts with wetness, but after simmering it in water (and almond essence) it had a normal sugar syrup consistency and cooled well on the cake." 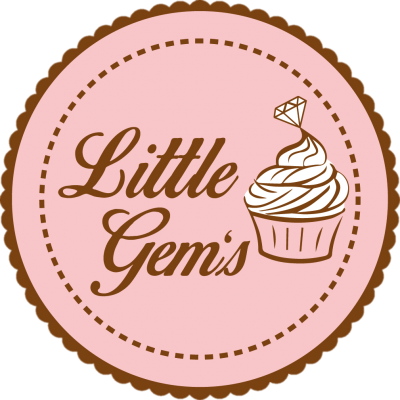 I've been asked every now and again at markets if I do a low sugar jam for those with diabetes and other conditions, so I was interested when I received an email from Zùsto asking to review their sugar free sugar.

I liked the taste of raw Zùsto - kind of like a candyfloss.  For me, the finished preserve tasted the same and both a good set."

More and more people who suffer from diabetes are discovering the benefits of Zùsto as a 1:1 sugar alternative, allowing them to enjoy the sweeter side of life once more.

ENJOY THE FOODS YOU LOVE AGAIN

Made up of natural ingredients such as chicory fibres, Zùsto offers several health benefits such as a lower blood sugar level, improved metabolism, reduced calories and lower fat when replacing sugar.

Of course, Zùsto isn’t just about healthy eating. With the same taste, texture, structure and mouth feel as sugar, Zùsto can be used to create all manner of sweet dishes including cakes, jams, jellies, cheesecakes, creams and so much more, allowing diabetics to enjoy the sweeter side of life once more without worrying about the amount of sugar in their diet.

Take a look at just some of the delicious recipes real people have made with Zùsto, from home and hobby bakers right through to professional cooks. 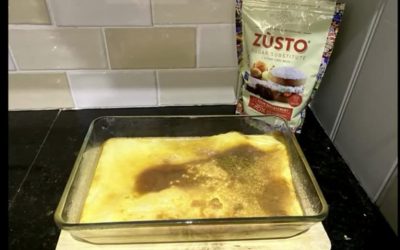 Traditional rice pudding made with Zusto, a healthy dessert with approx. 90 calories per portion

Traditional rice pudding made with Zusto, a healthy dessert with approx. 90 calories per portion 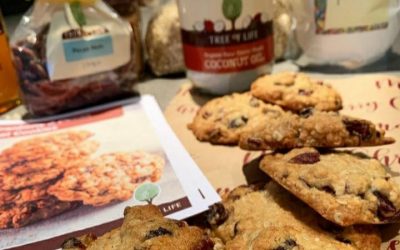 Cranberry and pecan oat cookies made with @zustouk sugar alternative 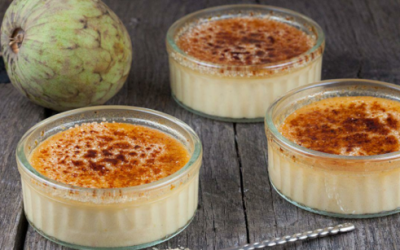 CREAM BRÛLÉE IS A DELICIOUS VANILLA DESSERT WITH A CARAMELIZED LAYER OF
ZÙSTO. THE TOP MUST BE CRISPY AND THE CREAM BRÛLÉE MUST BE SERVED
DIRECTLY AFTER CARAMELIZING.

How does Zùsto affect my health?

Zùsto is a source of healthy fibre, with a low glycemic index and low calories vs. sugar, and it is easy to incorporate into your diet if you want to avoid or reduce added sugars.

Artificial sweeteners have been the subject of bad press over the years, but there is no clear evidence to suggest they are harmful to health when enjoyed as part of a balanced diet.

What is Zùsto Made From?

Zùsto is made up of a unique blend of polydextrose, maize, chicory fibres and a blend of isomalt, erythritol and sucralose, all these ingredient are FDA approved.

No, Zùsto is completely gluten-free and is therefore suitable for people who are on a gluten-free diet.

Zùsto does not contain any aspartame, which many diabetics and other users find unpleasant when used in baking. Zùsto is trusted by bakers and professionals in the UK and all around the world.

How Can I Cut Out Added Sugar from My Diet?

If you’re diabetic and looking to cut sugar out of your diet, using a sugar substitute such as Zùsto can help. Additionally, you may find a number of foods and drinks you consume on a regular basis contain lots of sugar including:

Is Zùsto Suitable for commercial use?

Absolutely, Zùsto is already the preferred sugar substitute for many chefs and bakers around the world.

As well as being a great way to offer menu items that are suitable for diabetics, the 1:1 replacement Zùsto offers means that existing recipes don’t need to be altered.

If you’re interested in using Zùsto for your commercial premises, call one of our representatives today on 01291 422 747.

Are you ready to enjoy the sweet side of life ?